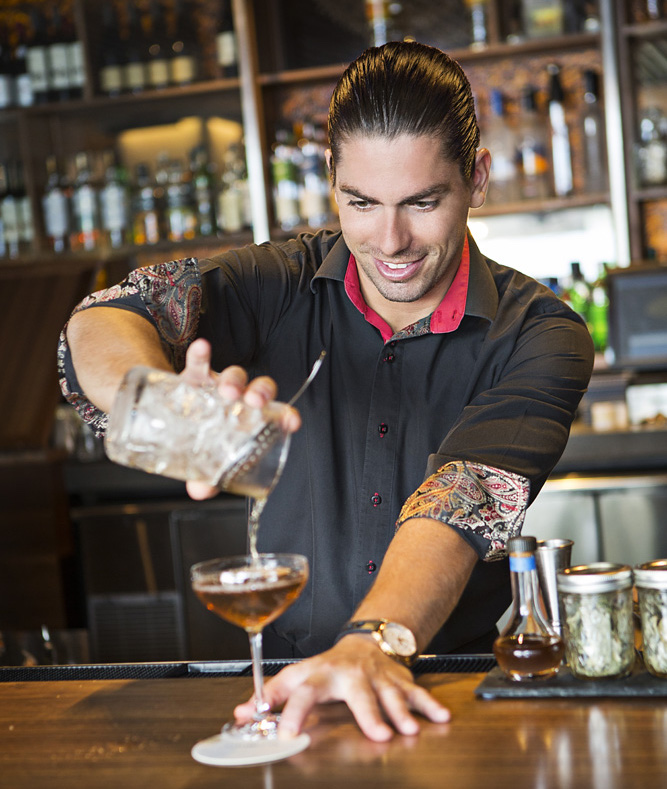 The holiday season is just around the corner. But that doesn’t mean that we shouldn’t be celebrating in the meantime. Here’s a look at nine of the top events taking place in Miami this November—until Thanksgiving. We’ll have an entirely new roundup for you then.

1. StripSteak and Jack Daniel’s Celebrate Frank Sinatra
When: November 11 at 8pm
Where: StripSteak by Michael Mina {4441 Collins Avenue, Miami Beach; 305.674.4780}
What: The Fontainebleau continues its celebration of Frank Sinatra and his upcoming centennial birthday with a special five-course dinner at StripSteak hosted by Chef Michael Mina himself highlighting some of Ol’ Blue Eyes’ favorite dishes paired with specialty Jack Daniel’s cocktails. Click here for reservations.

2. Ortanique on the Mile Charity Wine Dinner
When: November 11 at 7pm
Where: Ortanique on the Mile {278 Miracle Mile Coral Gables; 305.446.7710}
What: Join Chef Cindy Hutson and Delius Shirley for Ortanique on the Mile’s second-annual Charity Wine Dinner benefiting The Learning Experience School, which supports children and young adults with developmental disabilities. The special five-course meal will begin with a Champagne reception with passed hors d’oeuvres and will feature wines by Far Niente, EnRoute, and Dolce. Space is limited; call TLC at 305.546.2315 or email tle@tleschool.org to reserve your tickets.

3. Flying with the Stars with Salumeria 104 and Midtown Oyster Bar
When: November 11-12, 7-11pm
Where: Former Al Capone Mansion {93 Palm Avenue, Palm Island}
What: The second-annual Flying with the Stars will be two nights of six-course wine-paired menus curated by acclaimed Milan-based Italian chefs Alberto Buratti, Claudio Francesco Ceriotti, and Luigi Taglienti in collaboration with Chef Angelo Masarin of Salumeria 104 and Midtown Oyster Bar. The first evening will focus on Midtown Oyster Bar’s sea-based menu, while the second evening will focus on Salumeria 104’s land-based concept. The dinners will feature silent auctions, all in support of the Miami Children’s Health Foundation. Click here to purchase tickets.

4. A Night with the Winemakers at Wine by the Bay
When: November 12 at 7pm
Where: Wine By the Bay {888 Biscayne Boulevard, Suite 112, Downtown; 305.455.9791}
What: Join Wine By the Bay for a special night with iconic Italian winemakers Ettore Germano (whose family has owned and cultivated land in the Barolo region since 1856) and Silvia Piaggia (a cult winemaker from Carmignano, Tuscany). The duo will answer questions and share their wines with some of Chef Daniele Cosmo’s amazing creations. Planned pairings include Il Sasso, Carmignano 2013 paired with mini croissants with speck, Brie, arucola, and truffle sauce; and Barolo Serralunga 2011 paired with risotto with Taleggio cheese and truffle. Seating is limited. Click here to purchase tickets.

6. Fifth-Annual Water Party MIA
When: November 13, 6-10pm
Where: Four Seasons Miami {1435 Brickell Avenue, Brickell}
What: Join Bulla Gastrobar and soon-to-be-opened Pisco Y Nazca for a special fundraising event in honor of Global Water Brigades, an international, nonprofit organization constructing clean water systems in Nicaragua, Honduras, and Ghana. The goal of the event is to raise $12,500 to benefit the community of El Hatillo, Nicaragua, which is home to 67 families in need of a clean water supply. The minimum donation of $35 in advance will entitle each guest to endless cocktails by various beverage sponsors and savory bites from Bulla Gastrobar and Pisco y Nasca. The night will include music, a silent auction, and more. Click here to purchase tickets.

7. Weekend Lunch at Michael Mina 74
When: Every Saturday and Sunday, Noon-6pm
Where: Michael Mina 74 {4441 Collins Avenue, Miami Beach; 305.674.4636}
What: The Fontainebleau’s signature American restaurant is now open for lunch on the weekends with a daytime menu featuring an array of starters, selections from the fresh seafood bar, and the restaurant’s award-winning burgers, including the classic Dry-Aged Steak Burger, the Heritage Turkey Burger, and the Prime Beef Crunch Burger, which is topped with double-smoked bacon, pimento cheese, peanut butter, and potato chips.

8. Sunday Brunch at Tamarina
When: Every Sunday (starting November 22) 11am-6pm (buffet open until 3pm)
Where: Tamarina Restaurant {600 Brickell Avenue, Brickell; 305.770.6223}
What: Tamarina officially launches its Sunday brunch, which will feature all-you-can-eat buffet of breakfast and lunch staples accompanied by live music and all-you-can-drink specials. Expect to find made-to-order omelettes, pancakes, waffles, and crêpes; an American station featuring corned beef hash and roast beef; a fresh salad bar; a grill station featuring steak and eggs and pork ribs; an Italian station with frittatas, charcuterie, and homemade pizzas; a seafood station with oysters, shrimp, and smoked salmon; and a variety of freshly baked breakfast pastries, muffins, and scones; and much more.