There’s no denying it: Oysters are having a moment. If you have mad shucking skills, you can be the envy of your friends by harvesting them yourselves and enjoying them raw. Or, if you’re like 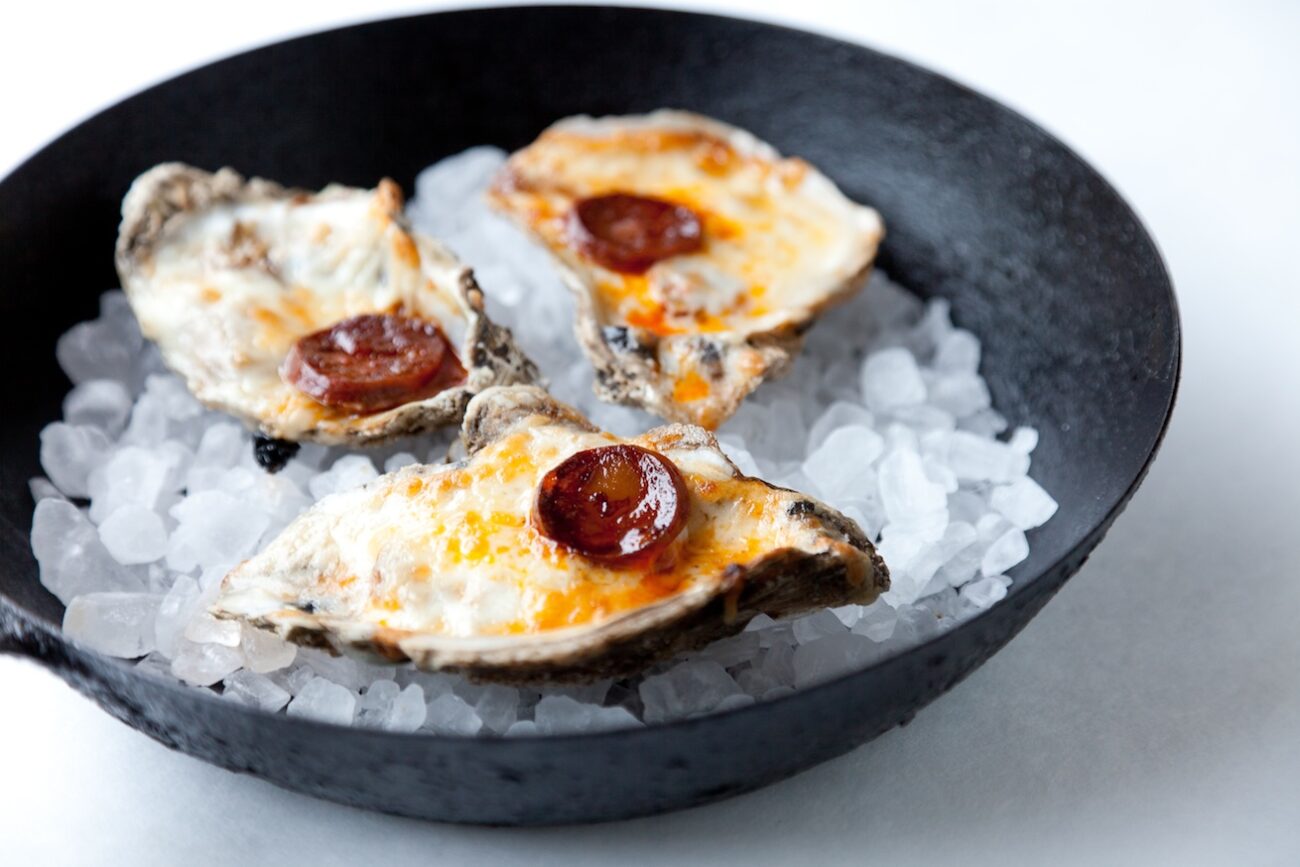 There’s no denying it: Oysters are having a moment. If you have mad shucking skills, you can be the envy of your friends by harvesting them yourselves and enjoying them raw. Or, if you’re like most people, you can still enjoy them fresher than fresh at either of David Bracha’s supreme spots.

At The River Seafood and Oyster Bar, we’ll take them fire-roasted with sofrito butter, ancho cream, queso Manchego, and chorizo (recipe and wine pairing follows). If Spanish flavors aren’t up your alley, not to worry. With eight to 10 different types of preparations available on any given day, you’ll have plenty to choose from to eat shucked-to-order and raw and as-is, or all dolled up. To enjoy your oysters for half the price, slide in the door between 4:30-7pm. And if you’ve never had an oyster shooter, it’s high time you try one. At River Oyster Bar, Blue Points come with a housemade Bloody Mary mix and sparkling vodka. {therivermiami.com; 305.530.1915}

Over at Oak Tavern, the oysters get a more simple treatment. Here, you can savor a sampling of the coasts in the shade of a colossal, enchanting oak tree on the courtyard patio. Go west with half a dozen from Kumamoto in Humboldt Bay, California, and get six more from Peter’s Point in Onset, Massachusetts. Or, enjoy whatever is featured in the daily selection. {oaktavernmiami.com; 786.391.1818}

For the ancho cream: Remove the seeds and ribs from the ancho chile. Place the heavy cream and ancho chile in a small saucepan. Shuck the oysters, leaving the meat on one side of the shell, and refrigerate. Discard the other side of the oyster shell, take the natural juice from the oyster, and add it to the ancho chile-cream mixture. Bring to a simmer and reduce by half. Set aside to cool.

For the sofrito butter: Remove butter from refrigerator a half hour before cooking. In a food processor, combine poblano and red peppers, onion, thyme, cilantro, garlic, tomatoes, hot paprika, black pepper, and cumin. Blend until very finely chopped (if a food processor is not available, mince all ingredients by hand). Add the butter to the vegetable mixture and blend well. Place the butter in the refrigerator for 20 minutes until it becomes firm.

To serve: Peel and slice the chorizo very thin, then set aside. Remove oysters from refrigerator and drizzle a touch of reduced ancho cream on each oyster along with a dollop of sofrito butter, some shredded Manchego, and a slice of chorizo. Place under a broiler or on top of a charcoal grill for 5 minutes or until the cheese is melted. Remove from oven or broiler and serve immediately. 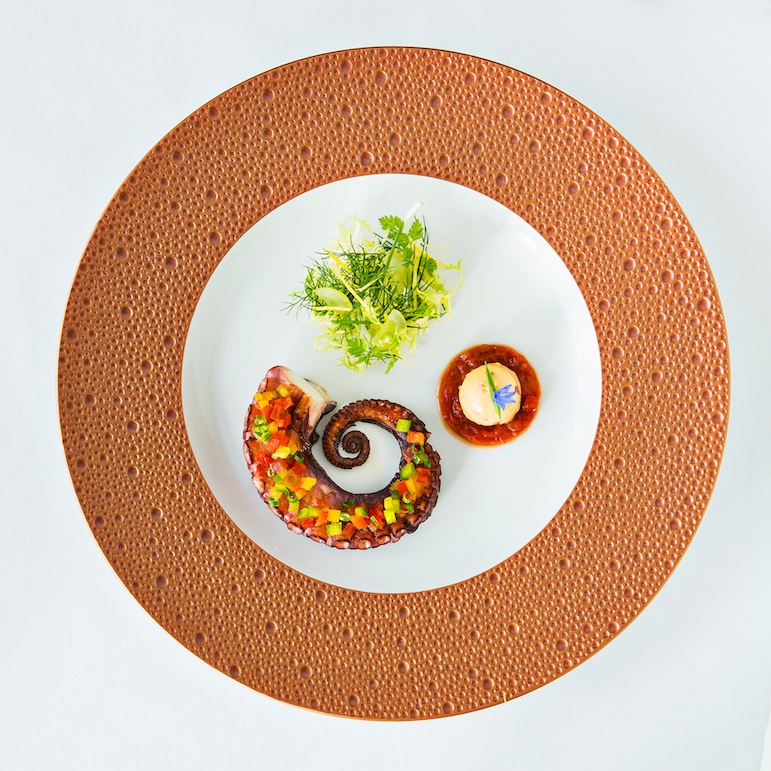 35 Things We Love About Dining Out in Miami 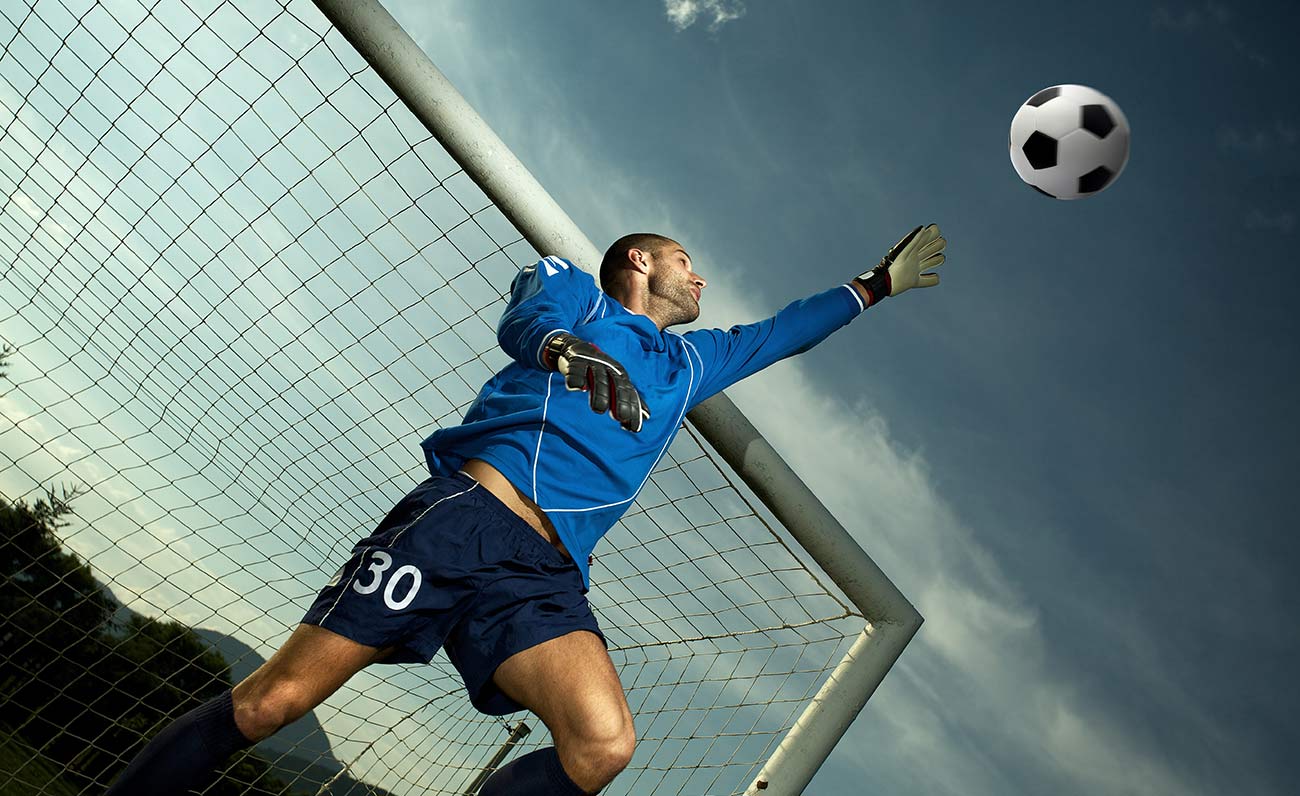 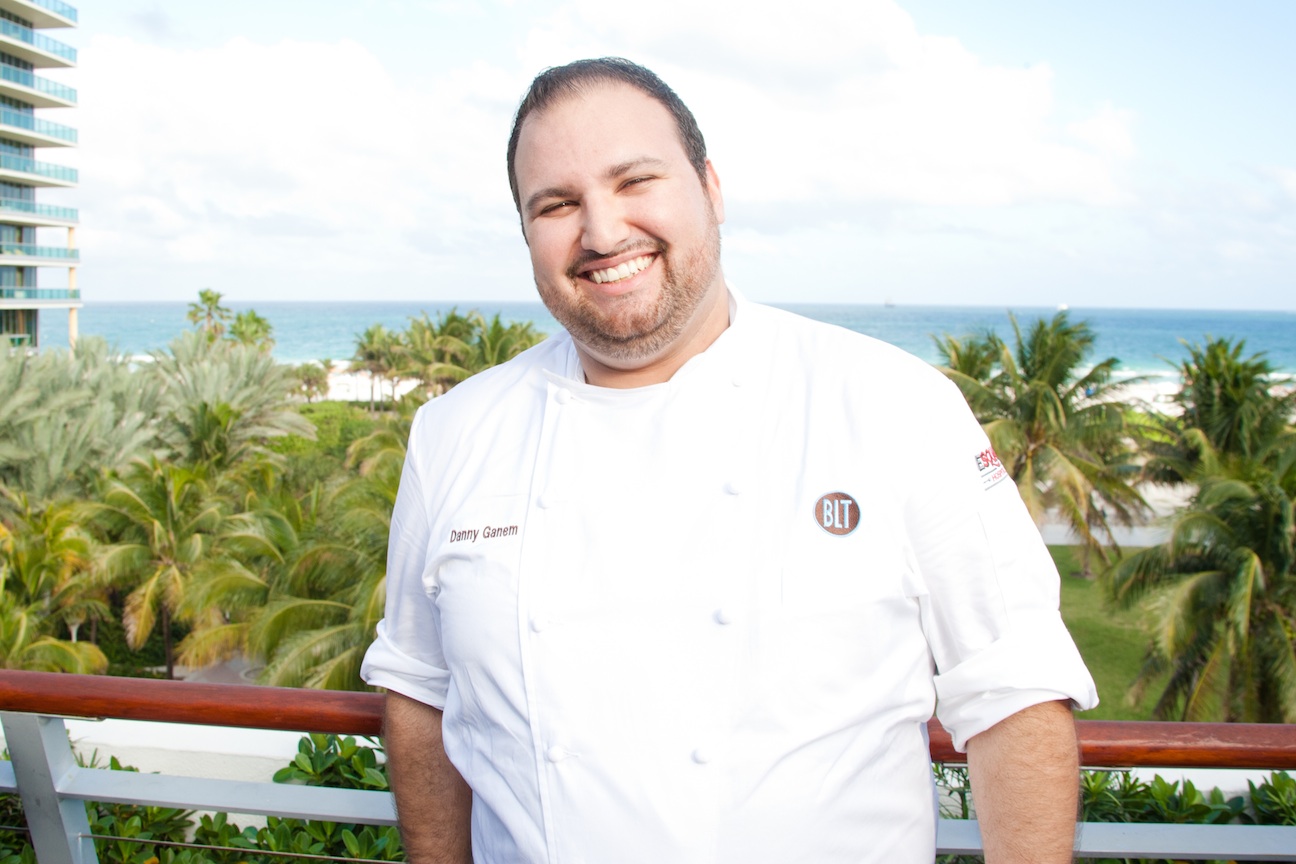 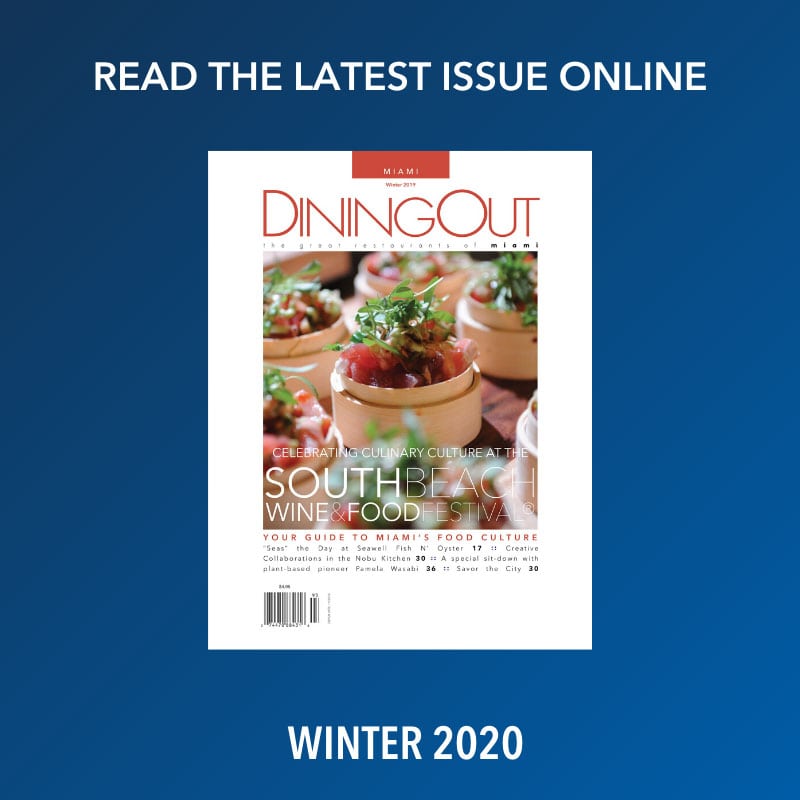