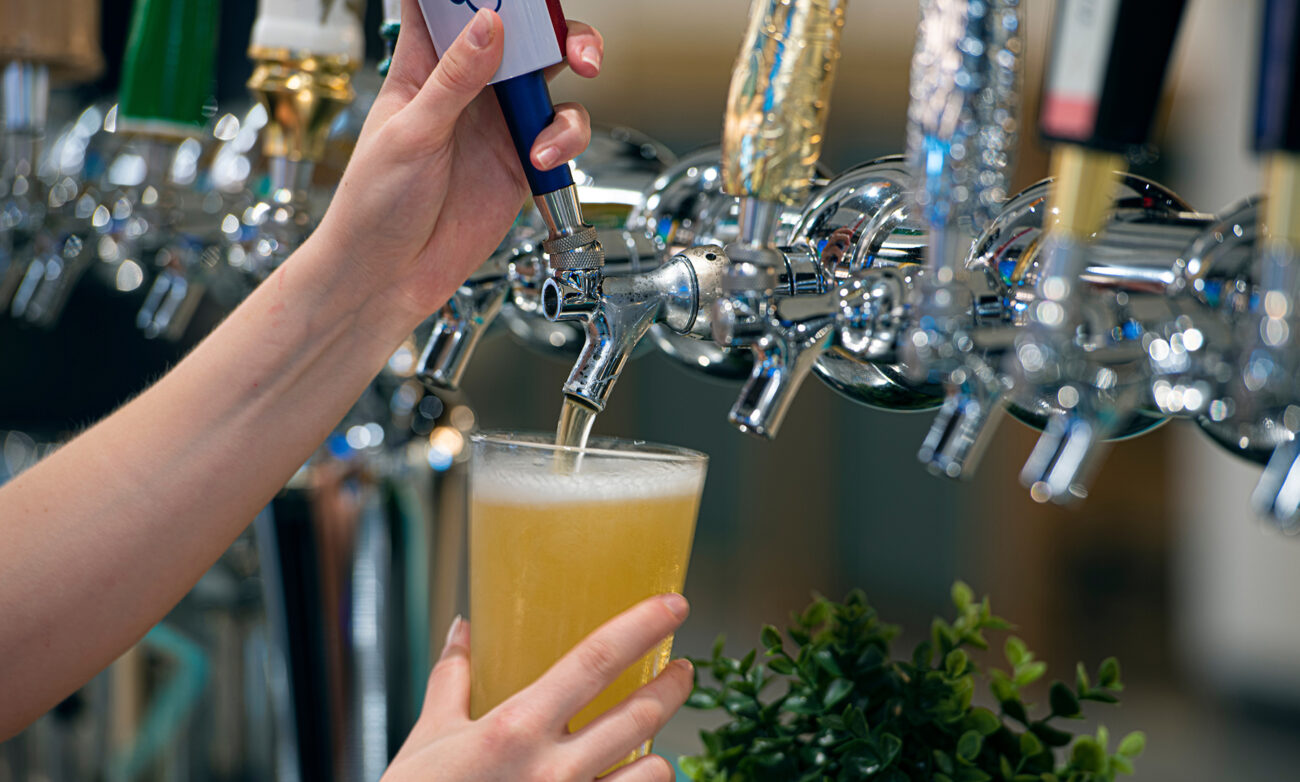 Looking for amazing food and drink deals to take advantage of after a long day at work? We’ve rounded up another five restaurants that know how to do happy hour in Miami right. Amazing bar bites, global wines, local brews, and expertly crafted cocktails — you’ll find them all at these South Florida hotspots, and at prices that won’t break your budget.

Even if you’re not catching a train to get back home, Central Fare at the VirginMiami Central is a great spot to hit up for happy hour. One of it’s buzziest restaurants, La Estacion American Brasserie, serves $4 beer, $5 wine and $6 cocktails weekdays from 4-7 p.m.

Vista should be your happy hour go-to if you live or work in the Buena Vista area. Happy hour here runs from 3-8 p.m. on weekdays and highlights an amazing selection of craft cocktails and wine for $7 and draft beer for $5 — plus 50% off anything from the well drink bar.

Happy hour at Corsair Kitchen + Bar takes place daily from 3-6 p.m., so you can take advantage during the weekend, too. Forget run-of-the-mill bar bites — this hotspot serves up amazing options like Corsair’s famous wings, a five-ounce burger, a Mediterranean platter, charcuterie and cheese, and more — all for great prices. You’ll also enjoy $9 specialty cocktails, $5 draft beers, and $7 wines by the glass.

Located inside the JW Marriott, Boulud Sud turns up weekdays from 5-8 p.m. Brickellites flock to the bar and lounge to take advantage of $9 cocktails, $8 wines by the glass, $7 house drinks, $6 frozen drinks, $5 beer and $4 tapas — how’s that for a sweet slew of specials? The weekend crew can also save on late-night sips and snacks with deals every Saturday from 10 p.m. until midnight. 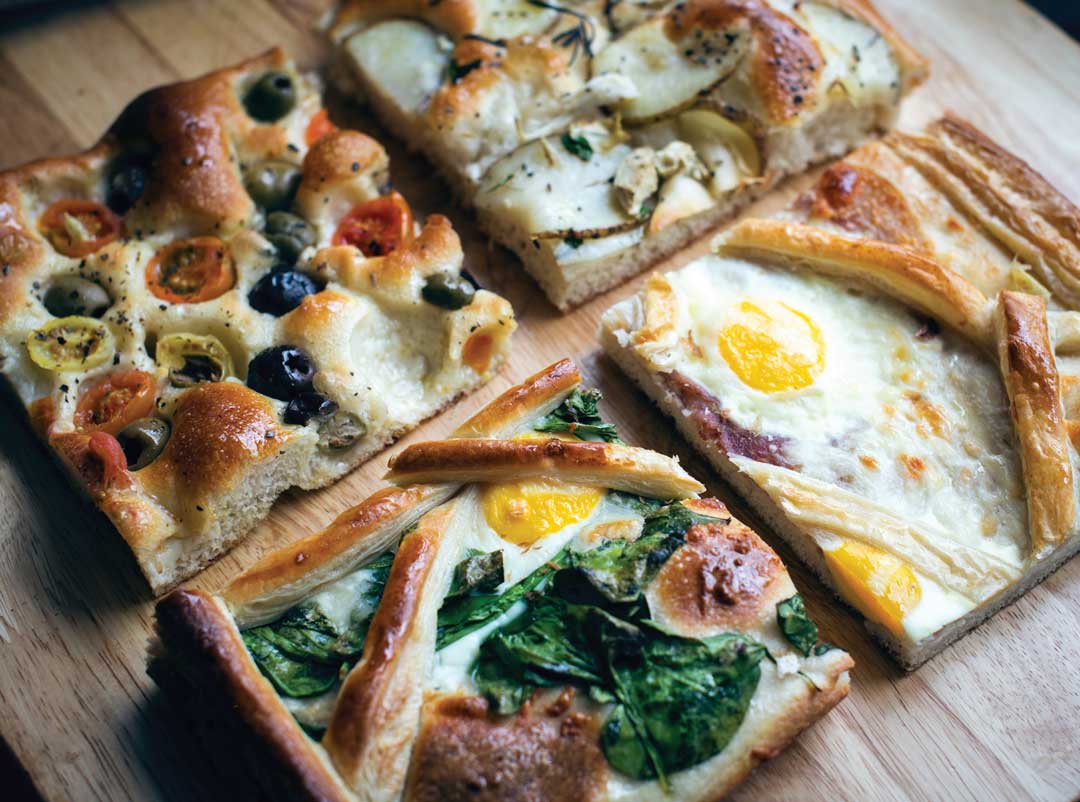 The most central and connected food hub in Miami just debuted in the heart of Downtown: Central Fare at Virgin MiamiCentral brings together a variety of delicious eateries within steps from Brightline, soon-to-be Virgin Trains USA, the metro mover, Metrorail, and future Tri-Rail.

The much-anticipated reopening of The Ritz-Carlton, South Beach is finally here—and it brings an exciting new dining option: Fuego Y Mar. Having a name that translates to “fire and sea,” this concept taps into Miami’s dynamic reputation as a cultural melting pot. The stars of the show? The best meat and seafood torched to perfection, and core flavors and dishes from places like Mexico, Cuba, Venezuela, and Colombia. The genius behind this concept is none other than French-born Executive Chef Anthony Le Pape, who worked in some of the top kitchens in Europe, on Disney Cruise Lines, throughout the Las Vegas hotel scene, and at Marriotts all over the world before helming the kitchen at The Ritz-Carlton, South Beach.

At Fuego Y Mar, Chef Le Pape shocks diners with innovative twists on breakfast, lunch and dinner favorites. And no matter what they order, guests can expect a distinctly Latin-Miami flair. Think: the Guava Waffles Pastelito with whipped cream cheese, Lobster Guacamole with queso fresco, Sugarcane-Guava-Glazed Heritage Pork Belly with a tangerine habañero mojo, and even a Mojito Cuban Flan served with Bacardi rum cake and caramelized plantain wafers. Pair the exceptional food with the hotel’s pool and Atlantic Ocean views (seen directly from your seat at Fuego Y Mar), and needless to say—your night will be pretty, well, fuego.

The Standard Spa, Miami Beach is sacred ground. It has the best happy hour, there’s a co-ed spa with a Turkish-style hammam, and it has a Belle Isle location that makes it feel decidedly remote—making it a top spot to hob-nob with Miami’s trendsetters. Enjoy a relaxing day on Biscayne Bay, or simply drink frosé by a bayfront pool, unbothered, all year long. If that’s not enough to draw you in, go for the food. Just in time for fall, The Standard has unveiled an exciting new restaurant concept centered around the Japanese tradition of the izakaya.

Following the success of a series of culinary pop-ups, like The Standard’s popular ramen pop-up this past spring, the resort’s signature restaurant, Lido Bayside Grill, has been reimagined as a limited-run izakaya residency that will stay open through the end of 2019. Often compared to a Japanese tavern, izakaya represents a style of dining where friends and family gather together, share drinks, and enjoy a smorgasbord of umami-packed Japanese bites or tapas served family-style. The operation is led by Executive Chef Daniel Herget, who has overseen the Lido Bayside kitchen since 2018 and who is no stranger to Japanese cuisine. In fact, before coming to Miami, Herget opened Nashville’s critically-acclaimed Otaku Ramen, and after that, Little Octopus; the latter of which fused Japanese, Caribbean, and Latin American flavors.

Inspired by The Standard’s spa-like ethos and idyllic waterside views, the izakaya menu is packed with locally-sourced, seasonal fish and ingredients, including an extensive raw bar and seafood-centric dishes that are chilled, fried, steamed, grilled, and more. And while this pop-up might be new and different for the immediate area, The Standard still wants guests to come to the restaurant and do what they’ve been doing there for years: eat good food, drink good drinks, watch beautiful sunsets, and live their best lives with their favorite people.

By Jennifer Agress, a contributing writer